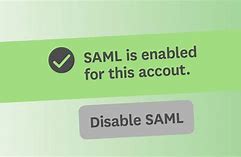 So why do we have the same problem on the web in physical servers and in the internet as well? This is because there is no certification or identity management for network transactions. You would have to trust the underlying network vendor to have a secure environment and they usually do not.

The problem is that these networks cannot verify, by means of a credential, whether the user is legitimate or not and they cannot check, by means of a password, that the user is the one who would do a certain action or would have the authorization to do a certain action. It would also be a hassle to go through each of the users in order to determine whether they really are the one who would be authorized to do what they are supposed to do.

This is what makes the old models of Single Sign-On vulnerable to attack and inauthentic because any network administrator could still log on from the physical servers as anyone else and have all the rights that they are allowed to have. As long as the network administrator has a physical computer and a network token, he or she will be able to log on and operate as many services as he or she wanted and without any identification required to do so. The only thing that can stop him or her is a good security posture, so that the administrator is not capable of compromising the security of the network or the infrastructure.